Jensen PLUS are proud to receive a Commendation for our Sixth Street Revitalisation Project at the 2017 Australian Urban Design Awards, held in Brisbane on October 25th. The successful revitalisation of Sixth Street in Murray Bridge, South Australia, demonstrates the benefits of people-focused urban design in regional communities. 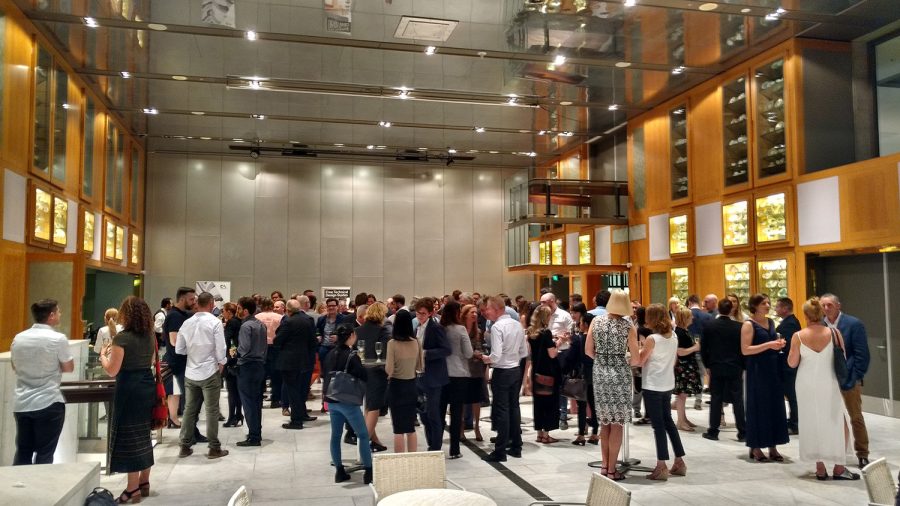 The Australian Urban Design Awards jury commended the designers ‘for recognising the location as an important cultural hub and pedestrian link through the town centre while also demonstrating excellence in functionality, aesthetics and viability.’

Importantly, the jury acknowledged that streetscape projects such as Sixth Street ‘are not just about roads, traffic and parking, but also about community, engagement and economic development.’

The Australia Urban Design Awards are a prestigious national awards program which recognise excellence and innovation in multidisciplinary urban design projects. Jensen PLUS congratulate all those involved in this project and are honoured by this national commendation. 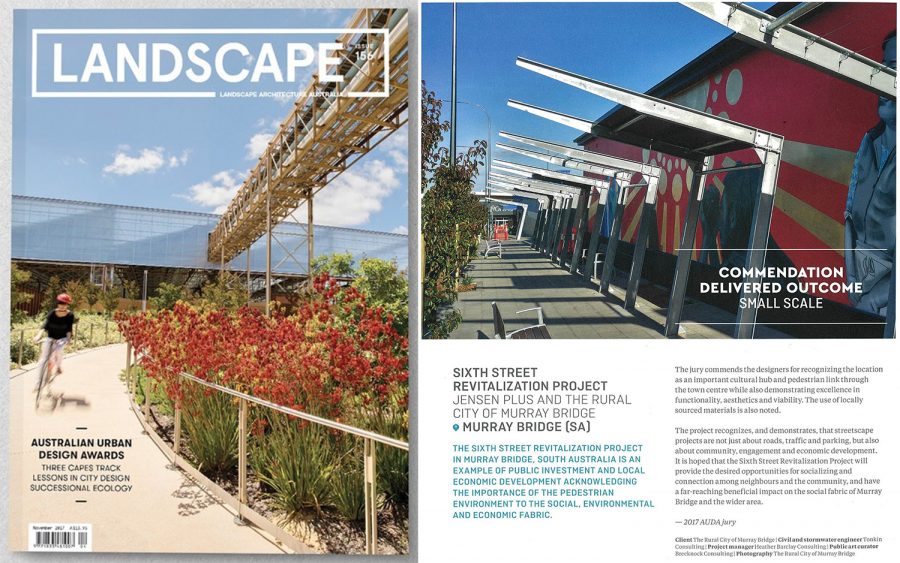 The Sixth Street Revitalization Project as featured in the November 2017 issue of Landscape Architecture Australia magazine. 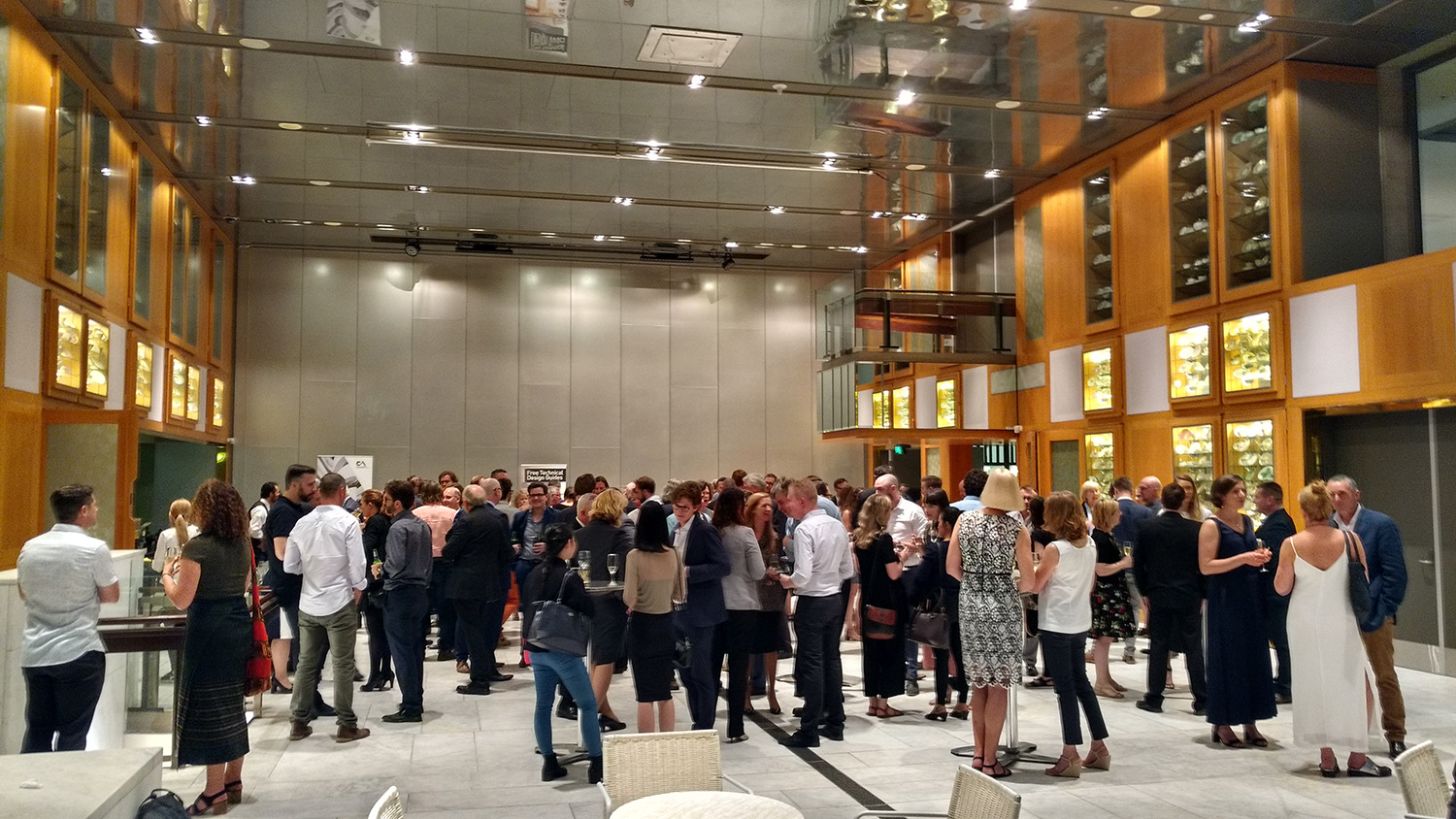