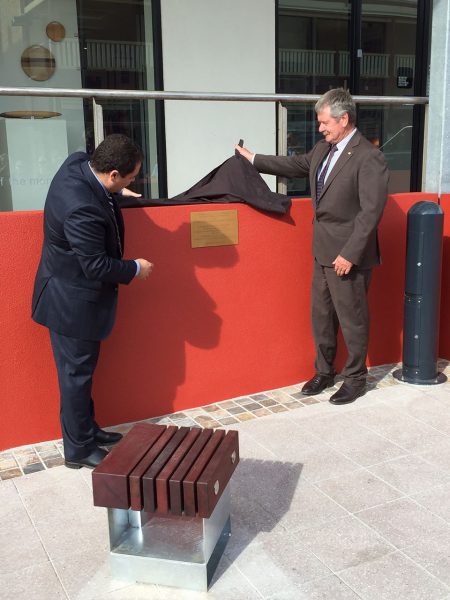 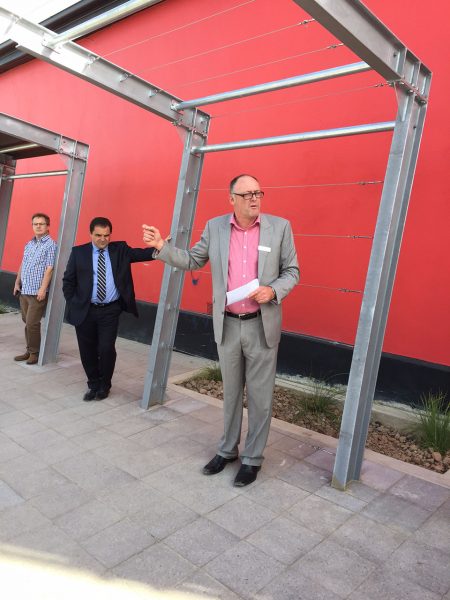 On Friday Michael and Jere attended the official opening of the Sixth Street revitalisation in Murray Bridge.  And what a transformation!  Sixth Street is an important cultural streetscape, home to the regional art gallery and a cluster of heritage buildings, but until now the street was barren, windswept and traffic-dominated. 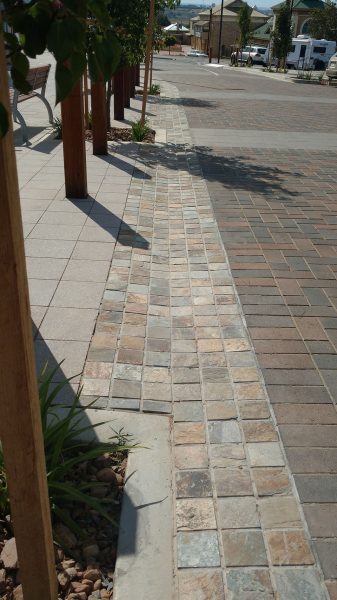 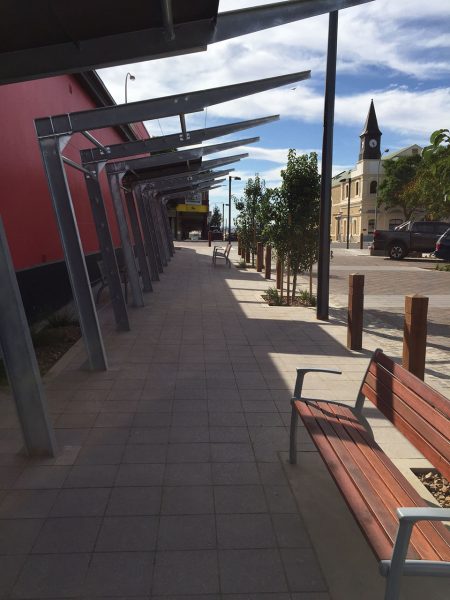 Sixth Street also connects the arts and railway precincts, the main street (Bridge Street) and the Marketplace shopping centre.  It’s an events space as well, and putting all these needs together, the redesign introduced ‘shared’ street principles which reduce or remove kerbs and other barriers, slow cars by narrowing and paving the roadway, and generally make the street pedestrian and events friendly.  Car parking has been retained but redesigned to increase public seating and provide for more outdoor dining and business use.

The basic approach was to make Sixth Street an attractive and comfortable public place. Somewhere to linger, not hurry through.  A place to enjoy Murray Bridge.

Streetscape upgrades can be hard work for the client, the community, the consultants and the contractor!  In regional towns the impacts are even harder to avoid, but the rewards can be bigger too.  We’ve been working with the Rural City of Murray Bridge for nearly three years on this one.  So a big well done to Council and to our colleagues at Tonkin, Intermethod, Brecknock and RLB, as well as Southfront and Outside Ideas who built the project over the past six months. 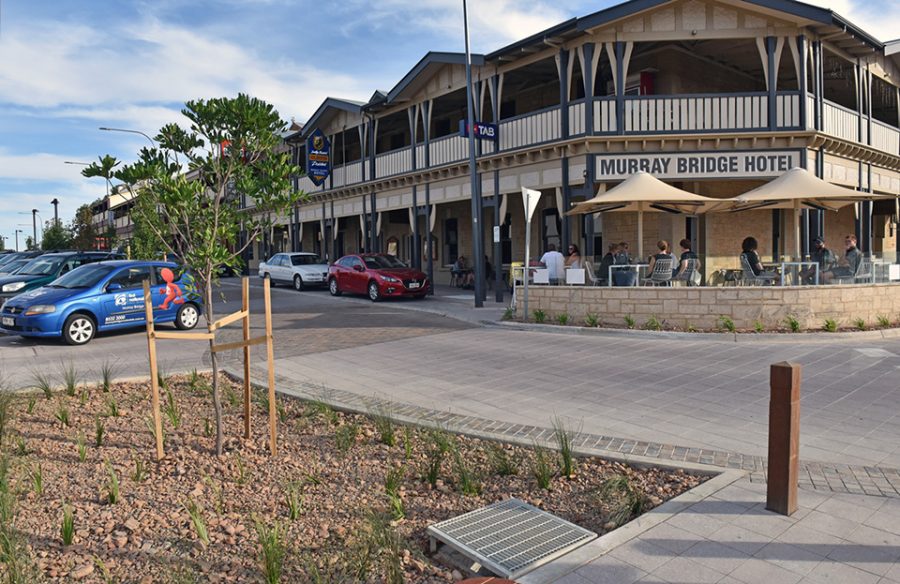 We really encourage the people and businesses of Murray Bridge to make the most of the amenity and opportunity offered by the new Sixth Street.  Let us know what you think of the design and how it changes the street. 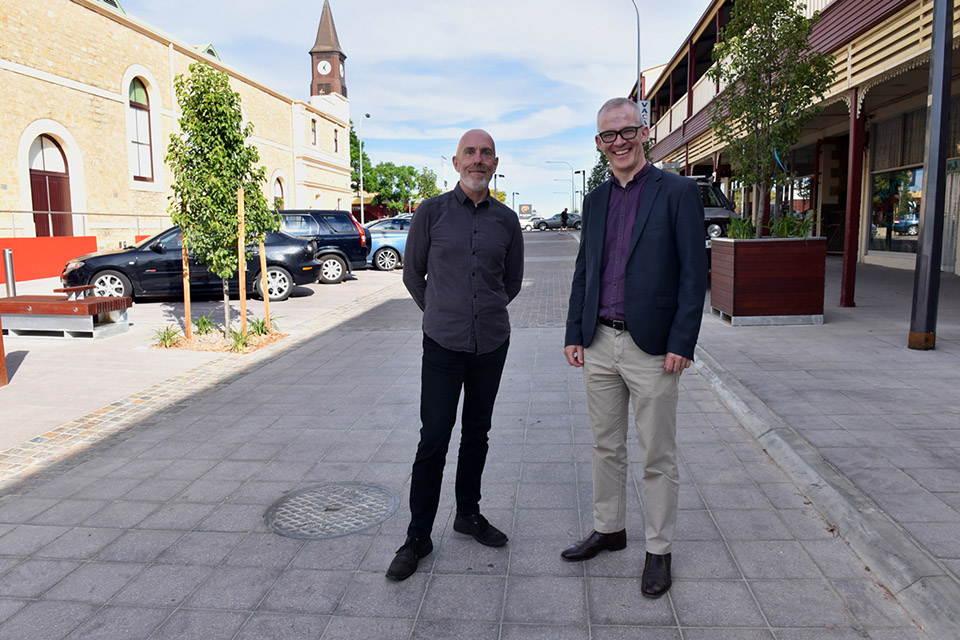